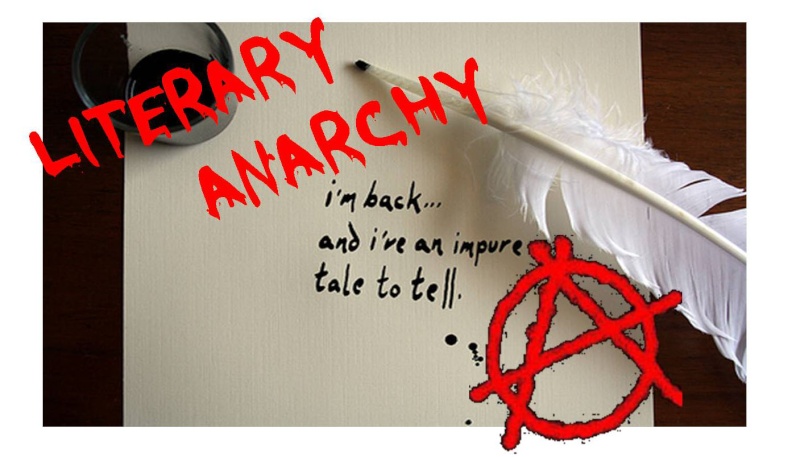 Number of posts : 68
Age : 72
Location : Wixom, Michigan
Points : 9
Registration date : 2009-04-08
Within the first 24 hours of the Blaath invasion all major strategic weapon systems of all the major powers were destroyed or rendered useless. This included all aircraft, sea vessels, heavy armor, heavy guns, tanks and missiles. What remained were ground forces with small and medium armament. These forces fought courageously and aggressively throughout cities and towns across the
world.


This was the second day of the invasion of this planet. It is almost over, the defending
caste have all but been defeated. I have gained new knowledge and it came as
quite a surprise, during a violent engagement with several inhabitants of this
alien world. The combatants were from an elite military band garbed in drab
colored clothing and wielding formidable weapons of different sizes. They were
also clad in what they consider weapon resistant padding, which covered most of
their vital organs. I had to laugh because my molecular battle sword always
sliced neatly through this padding.

I had just dispatched three of them with the sword held in
my right hand and put plasma rounds from the energy pistol in my left hand into
the chest of two others when the last one leapt onto my chest wielding an iron
blade. The blade would not penetrate my chest plate even though the inhabitant
tried repeatedly to do so. My reaction was to throat bite the opponent and
cause it to lose the ability to breath. I did so and was immediately surprised
at the flavor of the meat.

With all of the assailant on the floor either dead or dying
I had a few moments to chew and savor the meat freshly torn from the alien
body. The flavor of the meat was delicious, better than I have ever before
tasted.

I wondered if others of my group had the occasion to mouth
tear the flesh of the aliens in such a manor. Regardless, I pressed on, searching
for other defending units to which I could slay or render helpless. Needless to
say these skirmishes would be over shortly for the defenders were poorly
equipped or trained to defend against our superior forces and numbers.

I reported this occurrence immediately upon my return to the
command center.

The Supreme Lord of Subjugation sat at the Table of
Decisions. His prehensile tongue plucked a small piece of meat stuck between
his teeth. He did not bother to examine it further and was take down his gullet
without any further adieu. He continued to eat heartily from the bone of the
defeated enemy.

After a hearty belch, he remarked aloud "I may never leave
this planet, for to space freeze this delicacy would be to diminish its
delicate flavor". "Even thawed after freezing it should still taste far better
than any other meat currently sold in the galaxy ", he finished. His side
mandibles angled up as he happily thought of the enormous amount of credits he
would be receiving while being in charge of this planet. The Consortium of
Everlasting Flavor would become the most profitable of food distribution
enterprises ever to exist and he would be given the credit for its elevation.


The Blaath's normal mode of operation was to find, invade,
conquer, subjugate the population and extract the planet resources. The
population was enslaved for the purpose of labor. There were many businesses
that governed the invasion policies of the Blaath. Earth; however became an
interesting change in policy. Alien meat distribution was always a big business
but sentient beings for the most part were better at forced labor than they
were for food.

On the third day orders came down from the High Command of
Subjugation Battle Group 091. All warriors are to refrain from damaging the
inhabitants of the planet unless absolutely necessary. Non-combatants should be
treated well and not bruised. Food and water should be readily available at all
times.

Several nervous underlings were seated at the Table of
Decisions. The Supreme Lord had just finished eating a piece of human and was
demanding to know why it did not have the delicious flavor of previous meals.
One of the underlings by the name of Namby Washup sheepish stood, bowed and
asked if he could speak. The Supreme Lord gave permission but with the
understanding that he would execute the underling himself unless he got a
reasonable answer. With his hand on the hilt of his jeweled sword he said
"Speak"

The underling, having gathered as much information on where
the meat had come from, quickly explained that the human in question was much
older than the others he had eaten. In fact the alien had volunteered to be the
meal so that others would not be eaten. The alien had been nearly eighty of
this planets years in age. The underling had surmised that with this age the
meat had become sinewy and may have less flavor. The Supreme Lord eyed the
underling menacingly. Then asked "What should we do with these old ones"? The
underling, being an astute student of both politics and culinary arts explained
that the old ones could be boiled and used in making a most delicious soup thus
not wasting any of the population and contributing to the Consortium profit
coffers. The Supreme Lord's mandibles turned at such an angle of happiness that
they almost broke. The underling was immediately elevated to an executive
position in charge commodity research and the others were summarily executed on
the spot by the Supreme Lord himself.

Chief Executive Washup was researching a grocery store in a
small town located close to his research facility. He felt he had to know
precisely what the alien diet included in order to keep the humans healthy and
well fed. He picked up a can and examined the ingredient label. A bright light
went off in his red silk feathered head.

Meat from other captured planets was usually processed, cut,
flash frozen and shipped to thousands of planets across the galaxy. Even in the
deep freeze of space the meat would lose some quality. Now how ever came a
novel idea, he could prepare the meat, add a preservative, use many of the
undesirable parts including the entrails, brain, eyes and ground bone and pack
it in a can. Much the same as the can he had picked up in the grocery store.

This idea was readily accepted by the Consortium of
Everlasting Flavor. It did not suit everyone's appetite but was accepted by so
many that he was again elevated in stature.

Certain spices used by the Blaath and the other carnivore
races throughout the galaxy were heretofore unknown to the people of Earth.
These spices were used liberally by aliens when eating meat. The spices however
did a strange thing only when added to human meat. It caused an infinitesimal
amount of Spicazine to be produced. Spicazine in large quantities is lethal to
most non-human species and is always accumulative in the aliens.

Needles to say, human meat, spiced and all, was delivered to
the entire galaxy in very, very, large numbers. The next twenty earth years
devastated the Earth population but it did even worse to the non-humans. The
meat had slowly poisoned everyone and the worst poisoning came from the meat
processed in cans. Alien populations became sterile and diminished rapidly. The
Blaath were rendered deathly ill and too weak to restrain the human population
who were kept fed and healthy for processing during the entire time of
subjugation. Within time the Blaath were deposed and humans got back on their
feet. The remaining alien populations were nearly decimated by the poisoning so
gave little concern to the humans during their recovery.

A hundred years passed and as Earther's regained their
population and technology, they again began their quest of the stars. One goal
was at the forefront their desires. That goal was to remove any surviving
Blaath and any indication of the atrocity that they had endured. The first
evidence to be destroyed was an advertising scheme the Blaath picked up on
Earth. The large signs, were with great relish, used for target practice. The
signs read "Over One Hundred Billion Sold". 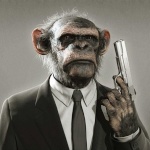